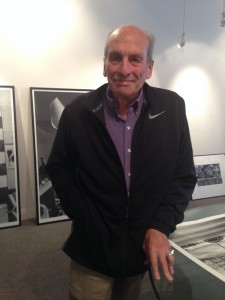 Ira Nowinski was born in 1942 and raised in New York. He attended the San Francisco Art Institute and received a Master of Fine Arts Degree in 1973. He was the official staff photographer for the San Francisco Opera from 1978 until the early 1980s. His wide range of subjects include opera divas, the beats of North Beach, the evacuation of elderly citizens from the hotels in the SOMA area of San Francisco, the Southeast Asian Community in San Francisco, the Karaite Jews in Egypt, Israel and Foster City, the Soviet Jews in San Francisco, as well as the studio of Man Ray, and the Galapagos Islands. He has published more than half a dozen books of photographic collections, and has had major exhibitions at the Stanford Library Peterson Gallery in 2004 and the Judah L. Magnes Museum in 2007.

Ira Nowinski lives in San Francisco and his photographs are in the collections of the Library of Congress, University of California Berkeley Bancroft Library, Stanford University Library Department of Special Collections, Bibliotheque Nationale in Paris, the Museum of Modern Art in New York, the National Museum of photography in Bradford, England, and the San Francisco Museum of Modern Art.